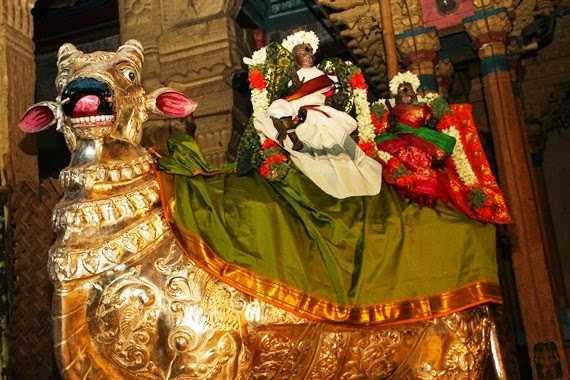 As instructed by the revered Sage Agasthiyar, Uromasa Maharishi let float the flowers on the waters of Thamirabarani. The place on the banks of the River, where the second flower docked is Cheranmahadevi (சேரன்மகாதேவி). It is believed that Uromasa Maharishi (உரோமச மகிரிஷி) discovered the Shiva Lingam of this temple under a Banyan Tree (ஆலமரம்). Hence the Banyan is considered as the sacred tree (ஸ்தல விருட்சம்) of this place.. This temple is located near the bridge where the train from Tirunelveli to Tenkasi crosses the river.

Reason for the Town’s Name

Legend of the Temple
This temple built by Uromasa Maharishi was further expanded by the selfless efforts of two sisters. They took up the job of pounding rice grains manually. Today the task is carried by machines in rice mills, however in olden days it was a labour intensive process that required Herculean efforts. Yet the sisters took up this tiring job to earn money for the temple. In spite of their best efforts, they were not able to save the funds to build a temple and so they prayed to the Lord seeking His help. 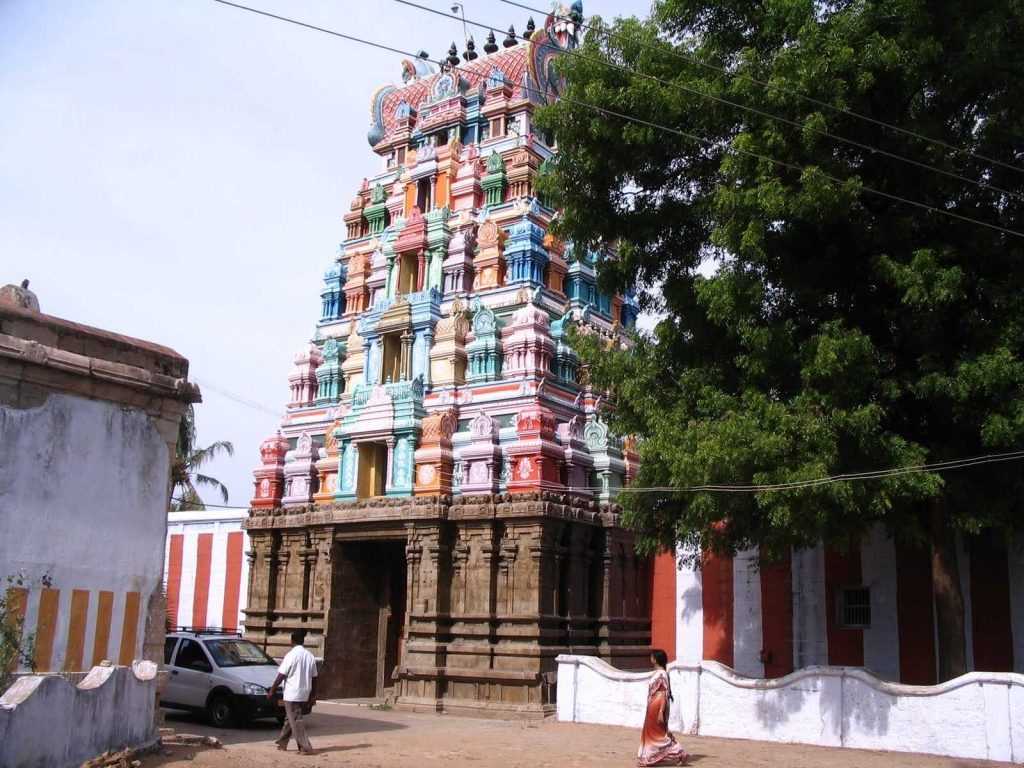 Lord Shiva on hearing the sisters’ pleas, took the form of a poor starving Brahmin and came to their dwelling, begging for food. They then shared their food with the Brahmin and appeased his hunger. The content Brahmin thanked them and asked them to make any wish. The sisters asked him to contribute for the building of the temple. The Lord was pleased by the selflessness of the sisters and granted them their wish. As days went by, the sisters acquired huge treasures of gold and wealth which they used to build a majestic temple for the Lord.

The image of the sisters instrumental in building this temple can be found on pillars even today. Stone inscriptions from the period of Rajaraja Chozhan, Rajendra Chozhan, Kochadaiyavarmar Sundara Chozhan are also found at this temple.

The Sacred Waters of Cheranmahadevi 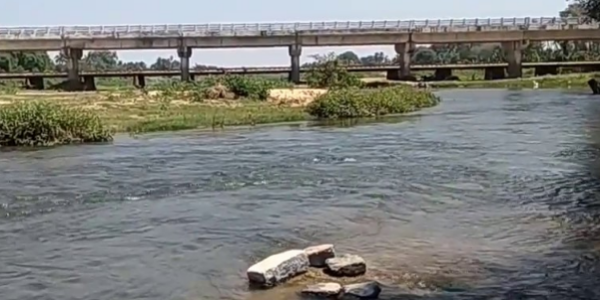 The River Thamirabarani is considered very special at this place. It is believed that the three holy rivers of India - Ganga, Yamuna and Saraswati confluence here. Hence, this place is known as “Vyasartheertha Kattam” and the festival of the three rivers joining together is known as “Maha Viyathi Paatham” (மஹா வியாதி பாதம்).

This event occurs in the early mornings of Sapthami (சப்தமி) that occurs in the waning phase of the moon in the Tamil Month of Marghazhi (மார்கழி). It is said that one can gain the blessings of all the holy rivers by taking a dip in the waters of Thamirabarani during this auspicious event.

Scriptures say that divine celestial beings grace this river at 3.00 a.m daily. It is believed that if one takes a dip in the river at this time and meditates with concentration, then one can attain salvation. 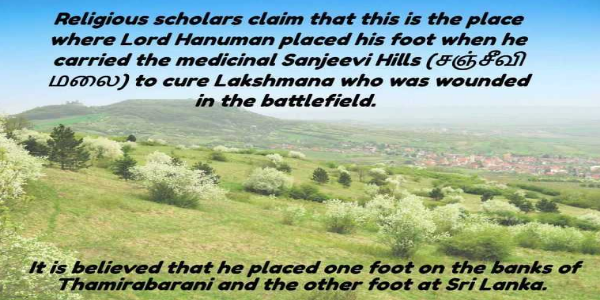 Divine Rock along the Banks of Thamirabarani

There is a significant rock along the banks of the river known as “Rana Vimosana Paarai” (ரன விமோசன பாறை). This rock lies between the temple and the bathing Ghat (வியாசர் தீர்த்தம்). It is believed that if one takes a dip in the waters of the river near this rock for Forty-one consecutive days while holding a fast, one is granted all wishes. Doing so also rids one of chronic diseases and pains. However, scriptures warn that if one does so with negative thoughts or impure habits, one gets further cursed in life.

Significance of this Temple

Deities of this Temple
The idols of both the Lord and the Goddess face east. The lord’s statue has been formed by nature without the intervention of man. The Vimanam (ornamental ceiling over the sanctum sanctorum) above the Lord’s statue is in the form of a Lotus bud and in the form of three pots over the statue of the Goddess. The sacrificial altar, Nandi statue, and the flag mast can be found in the temple. Idols of the heavenly gatekeepers (துவார பாலகர்கள் ) and Nandi are present in the main sanctum.

The idol of Lord Natarajar along with Sivagami Ammai and Karaikal Ammai are located facing south. The shrine of the commanding Nandi (அதிகார நந்தி ) faces north, while the Sun God and Moon God face west. The image of Uromasa Maharishi is inscribed on a pillar in the east. A small temple is built around this pillar.

In the south there are sculptures of two women pounding rice grains with pestles and wielding a broom. In the western courtyard, idols of Kasilinga Nathar and Visalakshi are in the north and the idols of Swami Sri Ammai Nathar, Ambal Sri Aavudainayaki, Gajalakshmi, Saniswarar, Chandikeswarar and Subramaniar with his cohorts Valli and Theiyvaanai are in the northwest.

How to Reach Here
You can board any of the buses that go to Papanasam from the Tirunelveli New Bus-stand. You can also reach Cheranmahadevi railway station and then hire an auto to reach this temple. If you are travelling via car, you must turn left at the Mukoodal – Cheranmahadevi Road near Ramaswami Temple. Continue on that lane, till you reach this temple near the Railway Bridge.