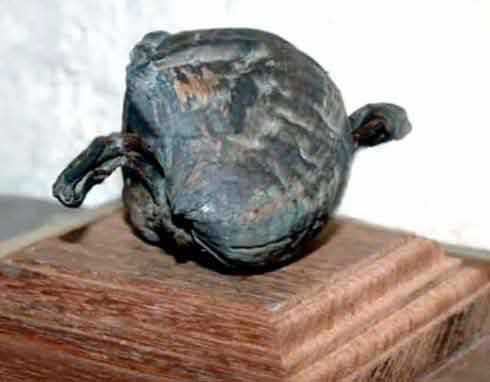 According to Hindu beliefs it is said that only the influence of Mercury (புதன்) determines one’s intelligence. Success is determined only by the presence of mind and intellect. Lord Shiva takes the form of Budhan at the seventh Kailasam at Thenthiruperai (தென்திருப்பேரை) on the banks of Thamirabarani. One can attain command over speech, intellect and the ability to make others listen to one’s words with the blessings of the Lord at this temple. 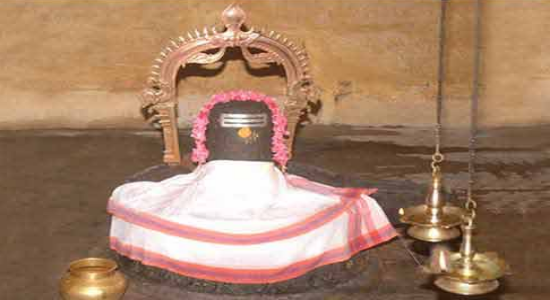 Unique Features of the Temple

Reason for the Name
“Perai” means “A Huge Fort”. There is a place with the same name at a region in the north, near Trichy, which was under Chozha rule. This place is one among the 108 Divya Desams. Since this town was in the south it came to be known as “Thenthiruperai”, where “Then” means south.

Another legend states that, as Goddess Bhoomadevi performed a penance in this place, with the Sri Perai form of Lakshmi, it acquired the name “Thiruperai”.

The river Thamirabarani flows at a distance of 1 km from this temple. Religious scholars state that the course of the river would have changed over the years.

The Coconut that Sprouted Horns

During the British Era, once Captain Durai, who ruled over this district, rested here during his journey. As he was thirsty, he asked for tender coconut that was hanging on a tree nearby. The townsfolk replied that the coconuts on that grove weren’t intended for humans but for the omnipresent God and warned him from plucking them.

Also he ordered the Government to pay 26 Salli Paisas daily to perform rituals and poojas at the temple. Even now our government is paying this amount for the temple. Visitors to the temple can view the three horned coconut, that hangs in front of the Amman Sanctum.

The Temple’s Glory in the Past
Kumbabishegam has not been done at this temple after the year 1958. Recently this ritual has been made possible by the untiring efforts of the Lord’s devotees. Around 100 years back, a ten-day festival with the parade of the Lord’s idol in ornamental vahanas (temple carts) every day was the norm here. Sadly, none of these gaieties and festivals is held here. However all the temple carts have been repaired and renovated recently. This gives us the hope of witnessing the temple festival soon. 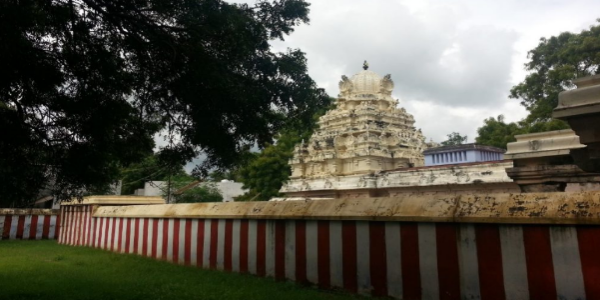 Virtual Walkthrough of the Temple
As we enter through the southern entrance we first reach the sanctum of the Goddess. There is a hall (Artha Mandapam) with four pillars in front of the sanctum and the alcove of the Amman is to the north. On the stone walls in front of the Pandhal Mandapam is an idol of Lord Vinayagar.

On the corridor around the sanctum sanctorum, the idol of Dakshinamoorthy is to the south. To the south west is Vinayagar and to the North West is Lord Murugar with Valli and Deiyvanai. The sculpture of Lord Murugar along with his vahana the peacock is sculpted from a single block of stone.

The deities Jooradevar, Lord Saturn, Bairavar and Navagrahas are housed in separate sanctums. 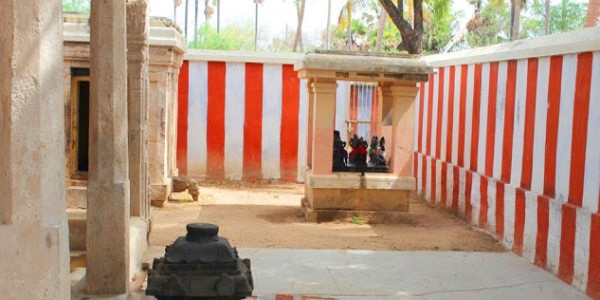 Stone Inscriptions
The walls of the temple contain several stone inscriptions that date back to the era of Maravarman Sundara Pandian, the first. “Thenthiruperai” was also mentioned as “Sundarapandia Chathur Vethi Mangalam” on these inscriptions.

Idol of Uromasa Maharishi
An idol of Uromasa Maharishi was left at this temple by an unknown devotee. Now a small statue of Lord Vinayagar has been placed near this idol and images of 18 Sidhars hangs on the wall above. This idol is located on the outer courtyard and devotees perform poojas with their own hands for this deity.

How to Reach Here
This temple is at a distance of 39 kms from Tirunelveli. You can reach Thenthiruperai on all buses that go to Tiruchendur from Tirunelveli New Bus-stand. Buses that go to Nazareth from Tuticorin also stop at Thenthiruperai. Once you get down at the bus-stand, you must walk along the road to Eral till you reach the temple car of the seventh Thirupathi. Then take a right turn and walk for a few minutes till you reach the temple.