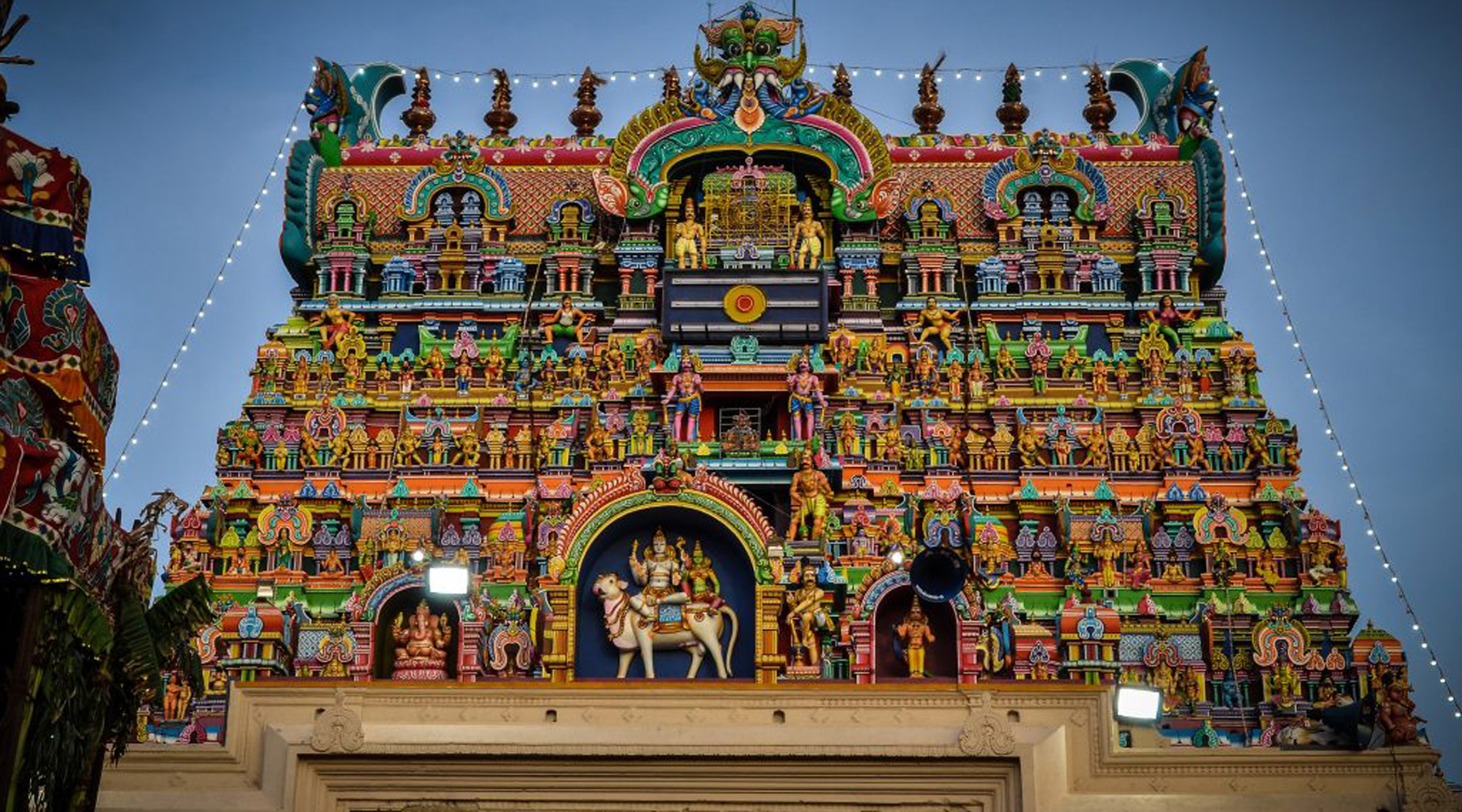 If there is one landmark in Tirunelveli city that even a child can identify, it is the majestic Nellaippar Gandhimathi Amman Temple. Home to Lord Nellaiappar (from whom the city derives its name) and his consort Gandimathi Amman, the temple is the pulsing centre of Tirunelveli and holds a very special place in the hearts of its citizens.

A Glimpse Into Nellaiappar Temple History

Fondly called the Nellaiappar Temple, this holy shrine is known by many other names like:

The stone inscriptions in the temple state that the original complex was built between 946-966 A.D by Chozan Thalaikonda Veerapandian. The entire temple complex covers an area of 14.5 acres, with multiple shrines enclosed within its concentric rectangular walls.

It is believed that the main complex of this magnificent abode was originally built by the Pandyas while the present structures were later developed by many great rulers, including the Cheras, Cholas, Pallavas and the Nayaks from Madurai. History says that the main gopurams and shrines were built during the reign of Nindraseer Nedumaran. It is also likely that the mani mandapam with its musical pillar was constructed during this same period. The temple's outer walls were built during the reign of the Pandian King, Kulasekara Pandian. 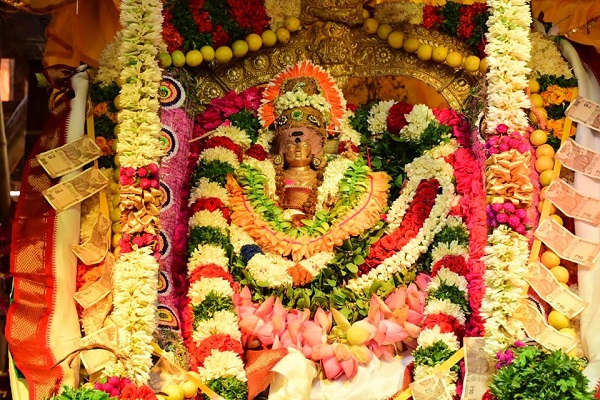 The Legend Of Nellaiappar Temple

The name "Tirunelveli" is a fusion of three words:

There is an interesting story about how this name was given to this place, which has been home to Nellaiappar Temple for centuries. The story talks about a poor Brahmin called Veda Sarma, a great devotee of Lord Shiva. Veda Sarma would beg for alms every day and offer the collected food and money to the Lord.

On one such occasion, Veda Sarma was drying the paddy he had collected for the Lord when it suddenly started raining. Worried the paddy might be washed away in the rain, Veda Sarma prayed to Lord Shiva, who heeded to his prayers and protected the paddy by covering it and standing around it like a fence.

The place where this divine incident occurred was called Tirunelveli, and Lord Shiva, the presiding deity of the temple, was christened Nellaiappar.

Another legend talks about a Nawab's wife suffering from an incurable disease. She consulted some Brahmins who advised her to seek Nellaiappar's blessings by performing certain holy rituals. The Nawab's wife followed the Brahmins' instructions and fervently worshipped Lord Nellaiappar. In the course of time, she miraculously recovered from the disease and gave birth to a male heir named Anavarata Khan.

Lord Nellaiappar's greatness greatly moved the Nawab and his wife. To honour the Lord, the Nawab built a special shrine with a Shiva Lingam in the south-eastern corner of the temple and named the Lingam after the prince. The Nawab and his son could worship the Lingam outside the temple through an opening in the outer wall of the prakaram just opposite the shrine.

A legend associated with this temple states that Lord Siva once took the form of a Lingam and made Tirunelveli his abode. It is said that all the four Vedas assumed the form of bamboo trees and stood around Him to provide shade. As a result, this Sthalam became known as Venu Vanam (Venu means bamboo tree, and Vanam means forest), and the Lord became known as Venuvananathar.

The name "Tirunelveli" is mentioned in various works of Tamil literature. Some of the interesting mentions are seen in: 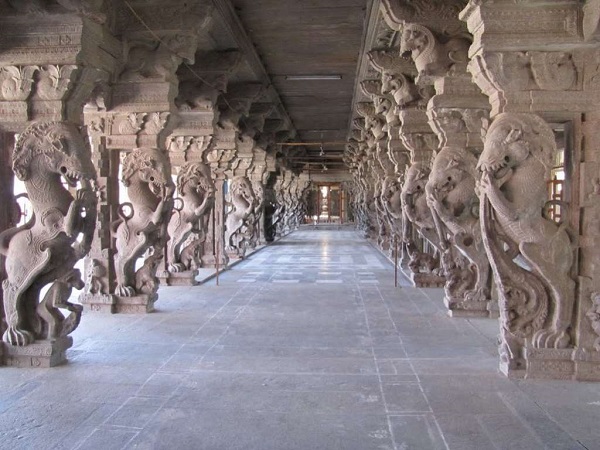 The Architectural Grandeur of Nellaiappar Temple

A trip to Nellaiappar Temple will leave you awe-struck at the beauty and magnificence of the ancient architecture that has withstood the test of time. More than fifty stone inscriptions talk about the temple, its history, and the rulers who contributed to it.

Some of the noteworthy architectural accomplishments unique to Nellaiappar Temple are:

The Nada Mani Mandapam has 161 smaller pillars which also make such notes. That a single rock can produce so many different musical notes is a testimony to the architectural prowess of our forefathers who built the great Nellaiappar Temple. 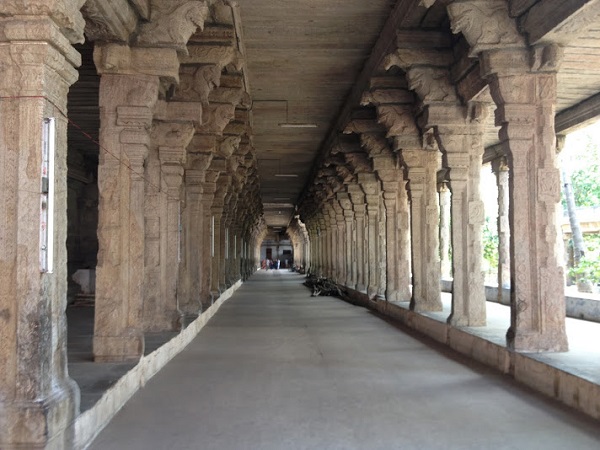 Another amazing feature in this temple is the shrine dedicated to Lord Sandhana Sabapathi or Lord Nataraja, adorned with sandalwood paste. This shrine is located right behind the Thamira Sabha. What's special about this shrine is that any visitor walking toward Thamira Sabha can see the spectacular view of Lord Sandhana Sabapathi right through the Sabha. Want to witness this breathtaking architectural wonder? Visit Nellaiappar Temple today!

The temple has three famous Lingams: 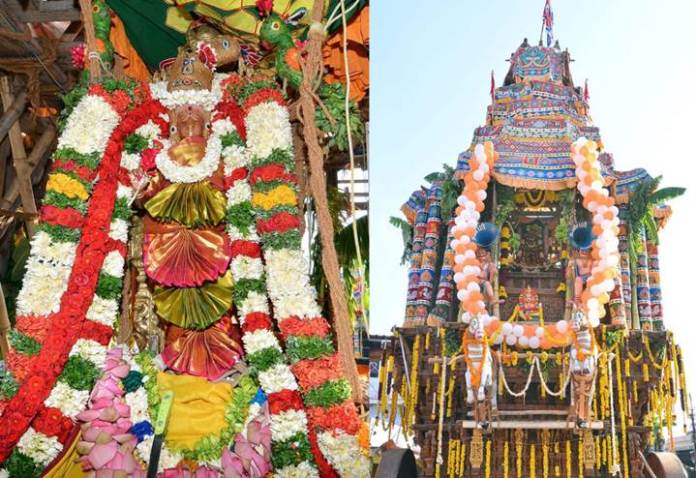 The Nellaiappar temple is always abuzz with many festivities that bring devotees from far and wide. Apart from the weekly and monthly special days, the major festivals celebrated here include:

The Annathana, or free meal scheme, was launched in 2002 by the then Chief Minister of Tamil Nadu. Every day 100 people get meals from this scheme.

How To Find Your Way to Nellaiappar Temple

Tirunelveli is one of the most prominent cities in South Tamilnadu. It is a major business hub well-connected by road, rail, and air. The Nellaiappar Temple sits right in the centre of the town and is accessible by car, autorickshaws and bus.

Rail access: The Tirunelveli Railway Junction lies at a distance of 5 kilometres from the temple.

Air access: The nearest airport is at Tuticorin, about 30kms from Tirunelveli.

The airports in Madurai and Trivandrum are the other major access points from where you can take taxis or state-run buses to Tirunelveli.

What are you waiting for? Book your tickets, pack your bags, and start off on your journey to the divine Nellaiappar Temple. For more details on Tirunelveli and other related information visit TirunelveliToday website.