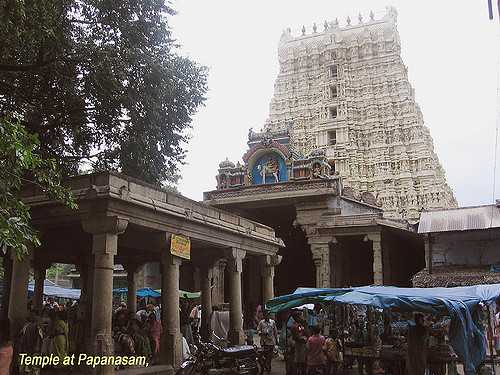 Legends about the Temple
There are several folklores that narrate the legends and wonders of this temple.

Origin of the Three Dynasties of Tamil Nadu 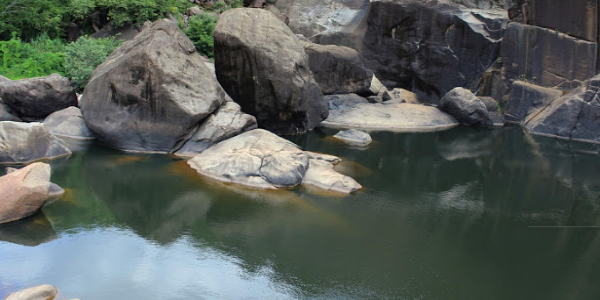 Penance of Viartu Purushan
According to Hindu Mythology, “Viratu Purushan”( விரட்டு புருஷன்) the man who holds up the Earth, wished to be relieved of his burden. So he was involved in a penance for several years at Papanasam. Lord Shiva appeared before him on Maasi Shivaratri and said, “You have several crores of years before you can be rid of your karma”. Viratu Purushan then requested the Lord to bless all the people who visit the first Kailasam. The Lord then promised him that all those who pray at this temple on Maasi Shivartri, will be rid of their karma and can attain salvation. The Lord of this temple is also known as “Vayirasa Lingam” (வயிராச லிங்கம்) after Viratu.

Vedas Surrounding the Lingam
The four ancient Vedas Rig, Yajur, Sama and Adharvana came to this holy place and worshipped Lord Shiva. The Atharvana Veda took the form of the sky and the other Vedas took the form of “Kalaa Trees” (களா மரம்). They offered their sacrifices for the Lingam by showering flowers, nectar and fruits. Since the three Kala Trees surround the Lingam, the shrine is also known as “Mukkalingar” (முக்காலிங்கர்).

Sage Agasthya’s Vision of the Divine Marriage
As all the Gods conglomerated to witness the marriage of Lord Shiva and Parvati, the Earth lost its balance and was tilted. To restore the equilibrium, the Lord commanded Sage Agasthya to travel South. The Sage asked,” Lord, How can I witness your divine wedding?”. The Lord promised, “I will bless you with a vision of the Holy marriage, right where you are”. He also gave the river Thamirabarani, another form of the mighty Ganges to the Sage. Agasthyar set forth on his journey, with the River in his holy pitcher. The powers of the copper bead worn by the Goddess, permeated the waters of the river as she took a dip. Hence the river Thamirabarani got its name. 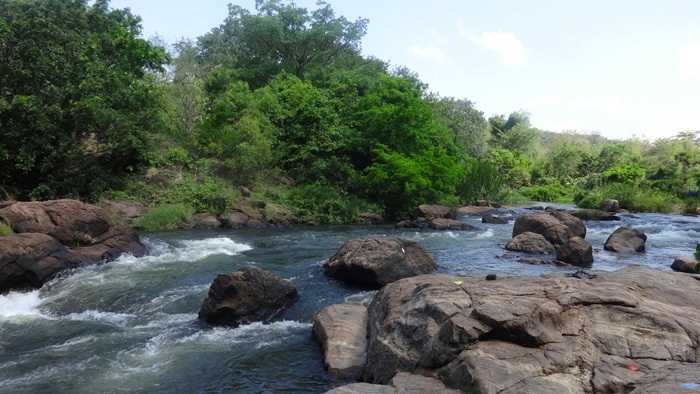 The mighty River Cauvery originated, when Lord Ganesha in the form of a crow, dashed against the pitcher at Kudagu malai (குடகுமலை). The Earth was restored as soon as he reached Podhigai Hills. Sage Agasthiyar watched the divine marriage at a place called “Kalyana Theertham” near the source of the River Thamirabarani, on the first day of the Tamil Month Chithirai. Hence the “Visu Festival” (விசு திருவிழா) is celebrated grandly on this day at Papanasam.

Papanasam – The Place where one is freed from one’s Sins

Lord Indra, Sage Agasthiyar, Viratu, The three Hills of Podhigai Ranges, Sundara Pandian, Karunagara Pandian, Indrathooiman also known as Raja Raja Pandian, Sundaran, Arikundan are some of the people who were freed from their sins and attained divine blessings at Papanasam.

Divine Wonders Performed by Ulagammai
It is also believed that the Goddess Ulagamai (உலகம்மை) of this temple grants the wishes of all her devotees. A famous poet, Namashivaya Kavirayar (நமச்சிவாய கவிராயர்) was well known for his songs praising the Goddess. Spell bound by the melodious lyrics of the poet, Ulagamai Herself used to go in search of the poet and listen to him. The poet had a habit of chewing betel leaves and once his spit fell on the saree of the Goddess. The guards noticed this stain on the idol of the Goddess at the temple. They then went in search of the poet and took him to the King. 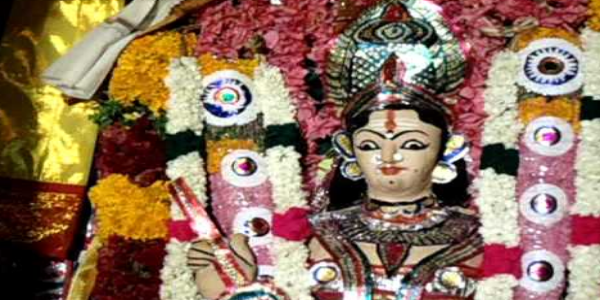 The King decided to test the innocence of the poet and hung a flower with a golden string. He then asked the poet to compose lyrics for the Goddess and make Her gift the flower to him. The poet sang the Ulagammai Anthathi (உலகம்மை அந்தாதி). When he reached the 96th verse, the flower broke the golden string and dropped into his hands. This proved the blessings of the Goddess for her devotee and the suspicions on him were lifted.

As the poet grew old, he developed wounds on his whole body and suffered from unbearable pain. So, he tried to end his life by trying to drown in the waters of Kalyana Theertham. However the Goddess stopped him and said, “The karma of your previous births is still following you. If you commit suicide, you will have to bear your karma even in the next birth. So withstand your suffering and you will be freed from the cycle of life”. . As days passed, the poet lost his wife and was living with his daughter. Once while she had gone out, the Goddess came in the form of the daughter and served food for the poet. These are some of the few incidents that stand as a testimony to the wonders done by the Goddess.

Architecture of the Temple

As soon as we come near to the temple, the first sight that treats us is the magnificent view of the 80 feet temple tower with seven levels. The architectural structure depicts the Sun God. The South flowing Thamirabarani changes its course to the East in front of this temple. As there are no steps to the bathing Ghat, several fences have been installed to prevent devotees getting caught in the strong under-current of the river.
Shrines of the Deities
There are two sanctums in the temple one for Papanasa Nathar and the other for Ulagammai. There are three courtyards before the inner sanctum: Mada Veethi, Nandavana Sutru and the Ul-Sutru(Inner Courtyard). The flag mast, Nandi statue, the sacrificial altar and the shrines of Bootha Vinayagar and Lord Subramanian are present in the inner courtyard. The statue of Lord Natrajar faces the South so as to enjoy the breeze from the Podhigai Hills. The shrines of the 63 Nayanmars, Veera Puthirar, Abirami, Maheswari, Gowmari, Narayani Vargi, Indrani and Kali are also present here. The shrine of Dakshinamoorthy faces South and Kalyana Sundrar is seen in his wedding finery. As mentioned in Hindu mythology, the shrine of Mukkalingar is surrounded by three Kala Trees.

Sacred Bathing Ghats
There are several bathing ghats such as Thamirabarani Theertham, Vedha Theertham, the old Papanasa Theertham, Kalyana Theertham, Pana Theertham and Vairava Theertham. The Agasthiyar falls at Papanasa Theertham is ideal for kids to bathe. This waterfall is never dry as it is fed by the life waters of Thamirabarani, throughout the year. The Banatheertham at a distance of 14kms from here is the place where Lord Ram performed the funeral rites for his father King Dasarathar on Aadi Amavasai (The New Moon day that occurs in the Tamil Month of Aadi, mid-July to mid-August). Hence on this day hordes of devotees gather to perform the rites for their ancestors. The temple tank festival is celebrated on Chithirai Visu (சித்திரை விசு) at the Lotus shaped temple tank.

Mukalinga Rishi, in his literary work on Papanasam, mentions that even the Ganges, the holiest of all Rivers, flows to Papanasam in the month of Marghazhi (mid-December to mid-November) to be freed from its sins. According to Hinduism, a person can be freed from his sins by taking a dip in the holy water of the Ganges at Kasi. The unique quality of Papanasam is that the waters here can even destroy the sins one acquired in Kasi.

It is believed that eye and skin diseases are cured when one prays at this temple.

How to Reach Here
You can reach this temple by buses that run to Papanasam from the Tirunelveli New Bus stand. The nearest railway station is at Ambasamudhiram at a distance of 5kms from Papanasam.