The third Kailasam Kodaganaloor (கோடகநல்லூர்) is also known as “Kaarkodaga Shethiram” (கார்கோடக சேத்திரம் ) and “Kodanoor” (கோடனூர்). Since the place was lush with Arjuna Trees and fertile green paddy fields, it was a preferred summer destination for royalty and the common man alike. Hence this place came to be known as “Kodaganaloor”(கோடைக்கு நல்ல ஊர் கோடகநல்லூர் ) which literally translates to “Ideal place to spend summer”.

This place has added significance as it was the native town of Sri Sundara Swamigal, the guru of the revered Manonmaniam Sundaranar. 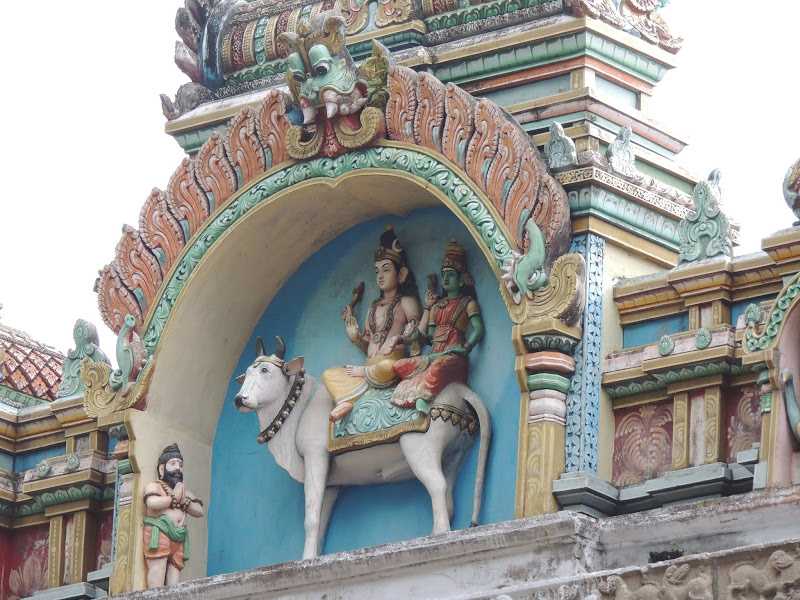 Legend of the Temple – Story of The Redemption of Kaargodagan

Long ago, a sage, who lived in the forest was doing penance to the Gods. His son performed all the duties for him. One day, the boy went deep into the forest to pick the firewood  required for the penance. The son of the king Parijath, who happened to be hunting in the vicinity noticed  the sage’s abode. The prince called the sage but as he was deeply engrossed in his penance, he didn’t notice him.

Arrogance of the Young Prince & Its Consequence

The angered prince wanted to humiliate him, so he draped a dead snake around the neck of the sage and laughed at him sarcastically before going on his way. This scene appeared in the eyes of sage’s son as a divine vision and he quickly hurried back.  Angered to see his father disgraced, he cursed the prince saying, “As you have humiliated my father, a snake will bite your father, the great king Parijath and you will face untold misery”. 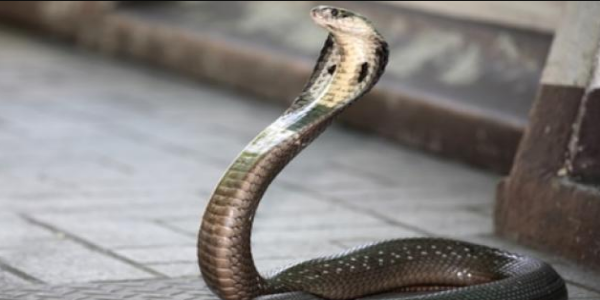 The prince realised his folly and wanted to save his father. So he took his father to a secure stage on a ship, after crossing the seven seas and seven mountains. As no living being can escape fate, the king incurred the wrath of sage’s curse by the  snake king Kaargodagan (கார்கோடகன் ). It entered a fruit as a worm and was waiting for the right instance to strike the King. When the fruit ripened, Parijath Maharaja began to eat it. The snake bit the king and he lost his life. The snake Kaargodagan now came to bear the curse as a result of its sins.

Once Kaargodagan was engulfed in a forest fire and was rescued by Nala Maharaja, who was wandering in the forest after losing his wife and children. Though he had saved the snake, it was the fate of the king to be bitten by the poisonous Kaargodagan. Marred by the venom of the snake, the king lost his regal looks. He joined his uncle Veeman’s household as a charioteer without the knowledge of his wife.

Role of Kaargodagan in the Recovery of Nalan

Though Nalan had lost his looks, his wife Dhamayanthi identified her husband by his fine charioting skills. She then sent her kids to get acquainted with their father. Nalan too identified his wife by her exemplary cooking. After seven years, Kaargodagan bit Nalan once again and he regained his old self. Though the snake bit Nalan for a good cause, it still suffered the results of its sin.

Kaargodagan is Freed from Its Sins

The snake wanted to lose the sins acquired as a result of biting Parijath Maharaja and Nala Maharaja. So it sought the help of Dhavaseelargal (தவசீலர்கள்). They advised the snake to worship Lord Vishnu and do a penance on the banks of the River Thamirabarani. According to their guidance, Kaargodagan performed a penance and worshipped Lord Vishnu. As the Lord was pleased with its devotion, he appeared before the snake and freed it from its sins. Also he  ordered it not to bite any person who visits this holy place.  Even today, different snake breeds inhabit this town. Yet, none of them ever cause harm to human beings. The place where Kaargodagan worshipped the Lord came to be known as “Kaarkodaga Naloor”
Another legend states that people who were well-versed in the four ancient Vedic scriptures lived in this village and hence it was known as “Chaturvethi Mangalam” (சதுர்வேதி மங்கலம்). The land gifted by the King to learned Brahmins, is usually known as Chathurvethi Mangalam.

Place to Reduce the Burden of Sevvai Dosham

According to Indian tradition, the Mars God (செவ்வாய்) rules over five houses in a person’s horoscope and so his influence dominates in one’s life for a period of seven years. It is feared that the life of the spouse is endangered if a horoscope with Sevvai Dosham is matched with another horoscope without this Dosham.

It is believed that if one worships the Goddess Sri Aananda Gowri Ammal at this temple, by lighting a lamp every day, one can be relieved from the sufferings due to Sevvai Dosham. Several devotees are blessed and are freed from their doshams when they offer their prayers at the sanctum of this Goddess.

The Ritual of Thirukalyanam for Nandi 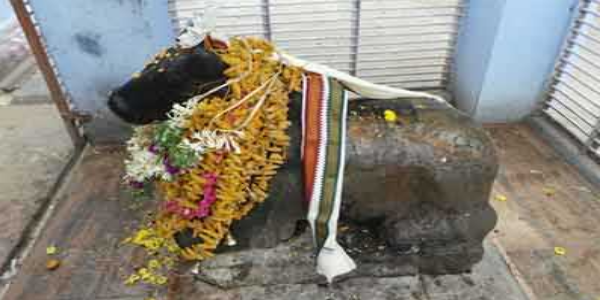 Generally the ritual of Thirukalyanam (the divine marriage of the main deity with his consort) is performed only for female deities. However in this temple, this ritual is performed daily for Nandi. Thousands of devotees gather here to witness this unique ritual. It is estimated that around 16,000 devotees have been blessed with marital bliss by performing this ritual in the last one year. Hence one can see huge numbers of the holy yellow thread worn by married women (Mangalsutra) offered to the God at this temple. Devotees pray to the Lord for various reasons such as a good career, education, employment and so on. Once their wishes are granted, they tie a bell around Nandi as a mark of their gratitude.

Architectural Structure of this Temple

This is a modest temple in terms of size. When one enters the temple through the Southern entrance, the small elegant temple tower (கோபுரம்) comes into the vicinity . Both the inner courtyard and the sanctums of Lord Chandikeswarar and other deities usually present here are not found in this temple. The Naga Theertham (நாக தீர்த்தம்) is to the east. The magnificent Nandi statue faces west and the madapalli (மடபள்ளி) is next to it.

Deities at this Temple

The inner sanctum houses the exquisitely decorated idol of Kailasa Nathar, who is believed to resolve all defects in marriage (கல்யாண தோஷம்). The priests adorn the Lord’s idol with jewels, ornaments and magnificent wedding finery. This is truly a feast for the eyes and is a divine sight to behold. His consort Sivagami Ammai, greets us with a broad smile, when we enter through the Southern entrance. The idols of Lord Ganesh, Lord Muruga with his cohorts Valli and Theiyvanai are present on either sides of the entrance. A small idol of Nandi Devar is also found here. To the right of the Aananda Gowri Ambal is Lord Natarajar’s idol as a Urchava Moorthy (உற்சவ மூர்த்தி) . 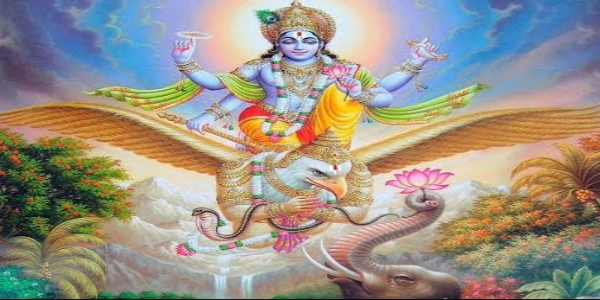 Paintings of the Thirukalyanam of Shiva and Parvati on Nandi and Lord Vishnu rescuing Gajendran at Athalanalloor line the walls on the left and right respectively.

A picture of Sri Sundara Swamigal hangs on the left wall of the Manimandapam in front of the inner sanctum. The essential things for the ritual of Nandi Thirukalyanam are placed before the picture of this great sithar, who facilitated Kumababishekam at several temples in Tamil Nadu at the same time.

Significance of this Temple

The Lord of this temple is Kailasa Nathar and the Goddess is Sri Sivagami Ammal. The Lord takes on the features of the Mars God and so this temple is specially suited for people of the sun signs Scorpio (விருச்சிகம்) and Aries (மேஷம்). It is believed that one can get all the benefits of worshipping Lord Vayitheeswaran (வைதீஸ்வரன்) at Seerkali (சீர்காழி) by praying at this shrine.

Somavaram, New moon day (அமாவாசை), Full moon day (பௌர்ணமி), Monthly Shiva Ratri, Pradosham days are considered auspicious. However the unique feature of this temple is that all the days of the year are considered special at Kodaganaloor.

Uromasa Maharishi, on the advice of Sage Agasthiyar, built nine Shiva temples along the banks …