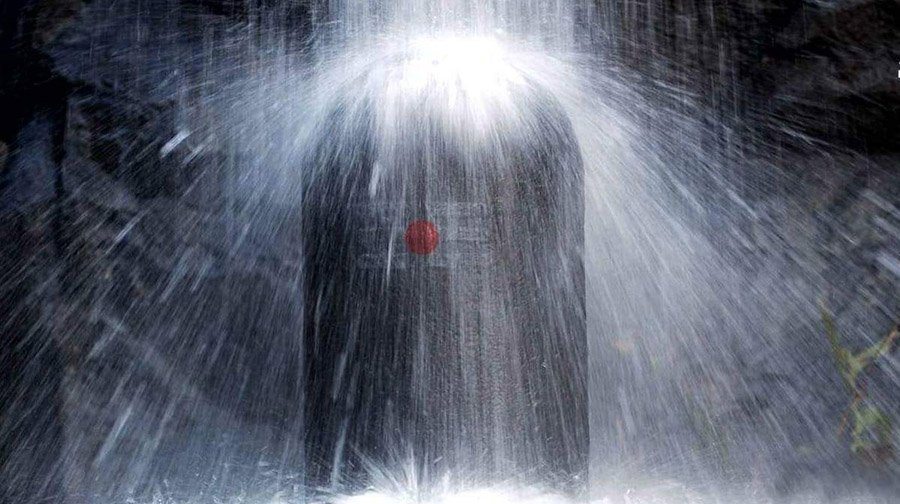 According to Hindu horoscopes, Rahu (ராகு) rules in a man’s life for a period of eighteen years. During this period, a person’s fortunes are determined depending on the influence of the ruling planets. The fourth Kailasam, Sangaani(சங்காணி) along the banks of Thamirabarani is considered as the place to worship, to be rid of all misfortunes due to Rahu.

Uromasa Maharishi, the first disciple of Sage Agasthiyar and the grandson of Lord Brahma, in order to attain salvation, built the temples of Nava Kailasam. (You can read more on this here). The fourth Kailasam is Sangaani or Thiruvengadanaathapuram (திருவேங்கடநாதபுரம்). This temple is attributed to Rahu.

Reason for the Name Sangani

The name by which the place is known now is derived from the ancient word “Sengaani”, which literally translates to place of the red sand. Likewise, this town is rich with red soil. Since it is situated on a small hillock (குன்று), it is also known as “Kundrathur”.

Legend of the Temple

The temple which was on the banks of Thamirabarani is now located at a distance of 1km from the river, due to changes, by the forces of nature. Several years back, devotees used to worship the original Shiva Linga built by Uromasa Maharishi. But later on, the village of Sangaani was totally demolished due to natural calamities. 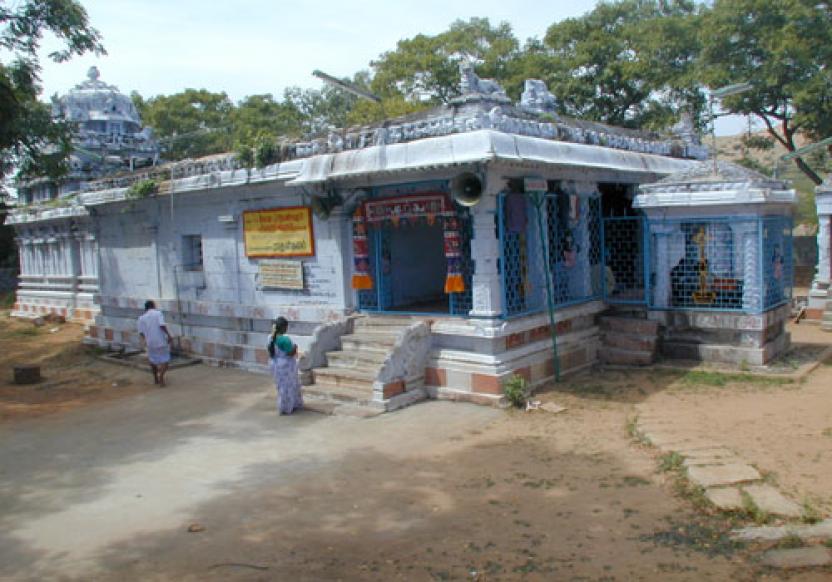 The Curse of a Pregnant Woman

Long ago, a provincial king ruled over Kunathoor and in his kingdom there was a rare tree on a cliff owned by him. This tree sprouted a single fruit every year, which when consumed, bestowed a long and healthy life to the beholder. Hence this fruit was the apple of the King’s eye and he guarded it securely.

Once when a pregnant woman of the town went with a pot to fetch water, unknowing to her, the fruit landed into her pot. The woman went back home with the pot full of water and the fruit inside it. The next day, the king was bewildered to find the fruit missing and he sent his guards to retrieve it. The guards searched at each and every house and finally they found it in the pot of the woman. They mistook her as the thief and brought her before the king. The woman pleaded her innocence, but the king ordered his guards to send her for impalement.

When the woman was taken to the impalement spot, she cried aloud saying that, she was falsely alleged for a crime that, she had not committed and wasn’t excused even though she was pregnant. So, she cursed saying that other than cows and women, no person of the village would be spared.

Just like the woman cursed, the village was eventually destroyed and only cows were left behind and the womenfolk moved to other places. The Shiva Linga built by Uromasa Maharishi was also abandoned. Lord Shiva, the guardian of all life on Earth, began his Thiruvilaiyadal (திருவிளையாடல்) to remind people of his presence.

Cows that grazed near the abandoned idol of Lord Shiva, began to anoint it with milk daily. A guard, witnessed this ritual and informed it to the Pandyan King who ruled over that county. The king hurried to the place and was surprised to see this miracle. He was pleased and built a magnificent temple for the Lord there. Once again, the fame of the temple spread far and wide.

As time passed, the temple began to lose its prominence. A few years ago, there were around 100 houses near the temple premises. Due to the unanimous efforts of Shiva devotees of this area, the Lord’s house was slowly resurrected. In those times, it was impossible for priests to even enter the sanctum sanctorum to perform poojas, as there were huge serpents lying on the idol of the Lord. However, now poojas are performed regularly at this temple.

Significance of the Temple

A sad point to be noted is that as the temple began to gain prominence, the people residing in the 100 houses around the temple slowly vacated the village. Now as we enter here, we can see the abandoned houses in various states of disrepair. Religious scholars wonder that the ruined state of this town might be due to the effects of Raagu.

Architectural Construction of the Temple

Though this temple is not huge, the structure is significant. It faces east and is divided into front hall, artha mandapam and the central hall. As we enter the temple through the south entrance, we are first greeted by the Amman statue that faces south. The vimaanam (ornamental ceiling) is present above the sanctum sanctorum. To the left is the shrine of Lord Vinayagar and to the right is a small shrine of Shiva, in front of which the statue of Nandi is located.

The Shrine of Lord Vinayagar in Kanni Moolai (கண்ணி மூளை) was stolen. So a new idol has been placed here. As we walk around the temple, we can see the huge idol of Arumuga Nayinar with twelve hands. Looking at this magnificent idol, we realise that the outer sanctum must have been constructed only after after placing this enormous idol on the altar. This intricately designed idol must have been carved from a single block of stone. The idol of Bayiravar is at the front of the temple.

The idol of Kailasanathar in the sanctum sanctorum is unique to this temple. It has been carved with a snake etched on the heart of the Lord, which can be seen only during the Abhishegam. The spiritual significance of this is that Shiva is the Lord of Raagu and he holds the image of Raagu on his divine body. 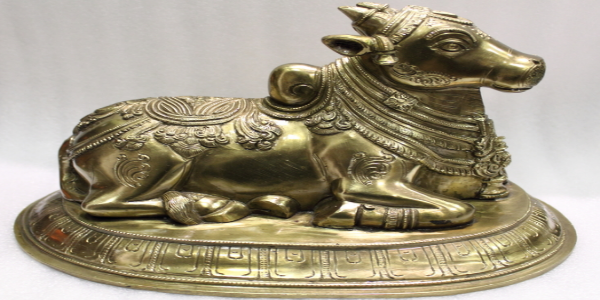 Lord Nandi to the Rescue

If we observe the huge Nandi idol outside the inner sanctum closely, we can notice that the legs of Nandi are positioned in such a way, that it looks like He is about to rise. This symbolises that when devotees suffer, Lord Nandi is the first to rush, to help his believers.

Stone inscriptions found at the premises specify a land measuring unit of historical times, which helped people to solve issues of the land. This stands as a testimony to the scientific prowess of ancient times. Also other inscriptions mention that the temple was built during the 13th century. It also mentions an amount of 4200 rupees donated by King Veerapandi for performing poojas and rituals at the temple. In ancient times, this Kunathoor was known as “Sangani Keezh Vemba Naatu Sengaani Yaana Navamani Narayana Chaturvethi Mangalam”. (சங்காணி கீழ்வெம்ப நாட்டு செங்காணி யான நவமணி நாராயண சதுர் வேதி மங்கலம் )

As Beneficial as the Famous Tirupati 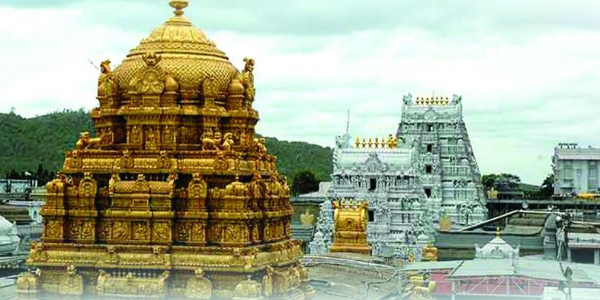 In Tirupathi, it is a ritual for devotees to worship first at Kaalahasthi, then Keezh Tiruapthi before seeking the darshan of the Lord at Mel Tirupathi.

Similarly devotees usually come to this village via Sangaani Road and visit the temples in the following order.

The village of Sangaani is at a distance of 6kms from Tirunelveli Junction.