Uromasa Maharishi, on the advice of Sage Agasthiyar, built nine Shiva temples along the banks of River Thamirabarani to attain salvation. His wish was fulfilled when he worshipped the Lord at the ninth temple. Click here to read the history of his spiritual journey where he set nine flowers afloat on the waters of Thamirabarani. 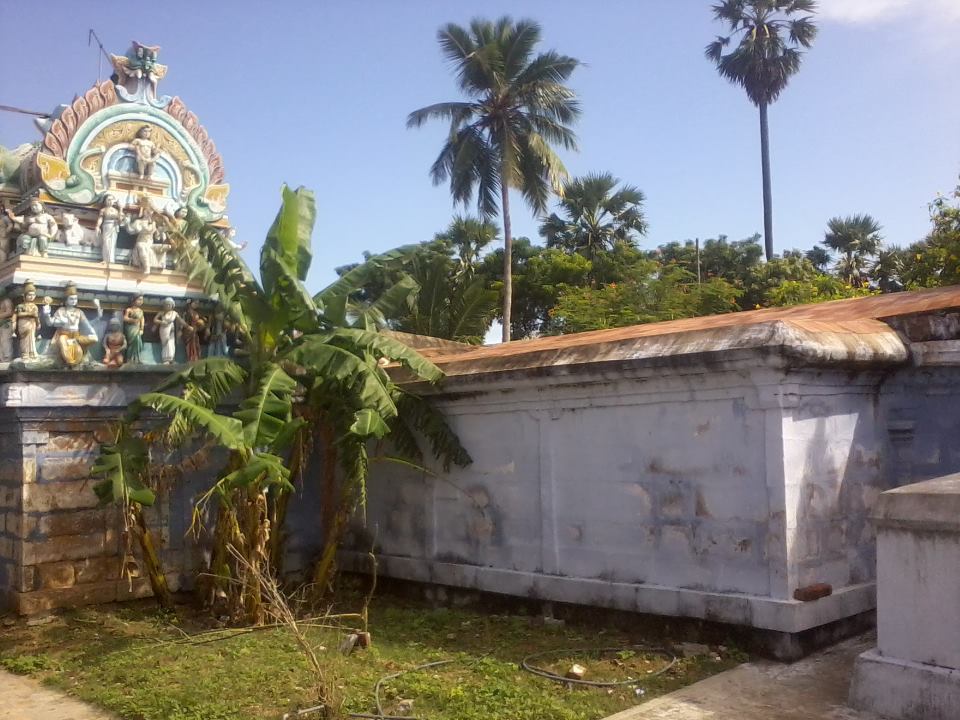 The ninth flower docked at Sernthapoomangalam (சேர்ந்தபூமங்கலம்) which literally means “the place where the flower rested and completed the journey”. The location where a river converges with the sea is known as “Mangalam”. This spot on the banks of Thamirabarani is known as “Sangumugam” (சங்குமுகம்).

The Lord of this temple is Sri Kailasanathar and the Goddess is Sri Soundarya Nayagi. Lord Shiva takes on the features of Venus (சுக்ரன்) here. It is said that worshipping the Lord here is as beneficial as praying to Lord Shiva at Kanjanoor, which is next to the Kumbakonam Suriyanar Temple. 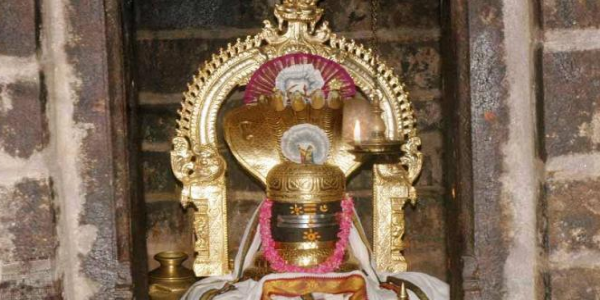 The river Thamirabarani flows at a distance of half a kilometre from the temple at Sernthapoomangalam and a sacred bathing Ghat is present here. Due to the rapid flow of the water, the river confluences with the sea at Punnakayal which is around four kilometres from here. This place is known as Sangumugam. The bathing Ghat here is considered very auspicious and water from here is taken to begin the Kumbabishegam rites at several nearby temples. It is believed that not only Uromasa Maharishi but also the great Sage Agasthiyar and the King of the Seas (கடலரசன்) worshipped the Lord at this sacred spot.

Lord Sukran reigns over a person’s life for twenty years and blesses a person with name, fame and abundant wealth. Here at Sernthapoomagalam, Lord Shiva is attributed with the features of Sukran. If a man has a prosperous career, then he attains great fame, glorious name and captures the attention and respect of the whole world. It is said that all this is possible only with the blessings of Lord Sukran and to seek his divine blessings, you must visit this temple.

Virtual Tour of the Temple

According to the inscriptions found in this temple, it is believed that the first Maravarman, Sundara Pandian must have constructed this temple. Another legend contradicts this fact and states that this temple was built during the reign of the Pandian King “Sendhan”. These stone edifices state that this town was known earlier as “Kudanaatu Aathoor Serndha Mangalam” and “Avaniba Sekara Chaturvedi Mangalam”. 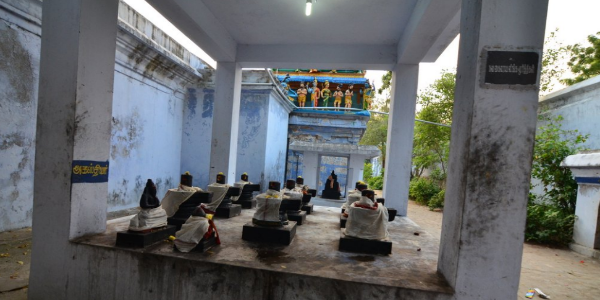 Unique Features & Specialities of this Temple

You can reach this temple at Sernthapoomangalam via buses that go to Punnakayal. You can also hire an auto or a van from the Aathoor Bus-stand on the Tuticorin to Tiruchendur main road.