Ancient Tamil texts exalt, (பொதிகை மலை உச்சியிலே புறப்படும் தென்றல்)“The breeze that blows from the peak of Podhigai Malai”. It is believed that the mere brush of the breeze from these hills cures one of a variety of common ailments.

Origin of the Name

It was around 2500 years ago, that the great sage Athiri travelled to the region of the Athiri Hills with his wife Anusya Devi and his disciples. He then performed a penance for Lord Shiva. Heart-warmed by the unwavering devotion of his disciple Lord Shiva appeared as a vision before the sage. Hence the mountain range came to be known as Athiri Hills (அத்ரி மகரிஷி மலை) after the great sage. The idol of Lord Shiva in the form of Athiri Maharishi was formed and a small Temple was constructed at the place.

Lush Fertility of the Hills 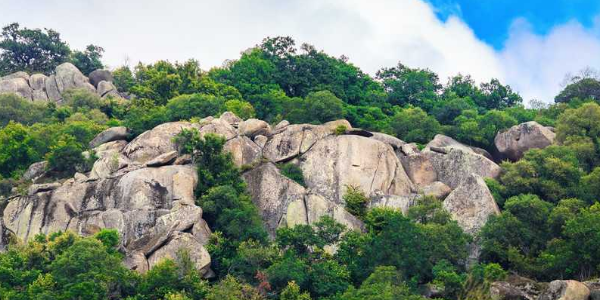 The hills are lush with evergreen trees and rare medicinal plants and herbs. It is believed that these hills served as the abode of several great sages like Agasthiyar (அகத்தியர் ), Athiri Maharishi (அத்ரி மகரிஷி ) , Korakkar (கோரக்கர்), Theraiyar (தேரையர்), Sage Bodhi Dharmar and other sithars (சித்தர்கள்). The places where the sages and sithars made herbal concoctions stand untouched by time even today.

The Athiri Hills are the holy land where Sage Athiri and his disciples meditated. These hills are also the place where a Sithar named Korakkar, one of the disciples of Athiri Maharishi, offered his penance to the Divine Being.

The region is so lush and fertile that streams and rivers that originate in these hills have never turned dry all through the years. As soon as the cool breeze from these mountains touches us, we feel rejuvenated and refreshed.

This region is the home to mystical and divine herbs (தெய்வீக மூலிகைகள்). Until four hundred years back, yogis and sithars and other commoners made use of these medicinal plants. Sadly, the knowledge on how to identify and use the herbs has got lost with further generations.

Legend of the Origin of Athiri Gangai 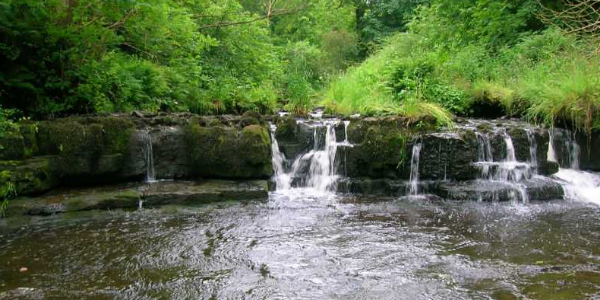 The river that flows through these hills is known as “Athiri Gangai”. This is a perennial river and never dries even during harsh summer seasons.

There are two different legends that speak on the origin of the Athiri Gangai. It is believed that the Sage Athiri to quench the thirst of his disciple, Korakkar, created the Athiri Gangai. Another legend says that the wife of sage Athiri, Anusya Devi felt it time-consuming to fetch water from the Kadana River at the foothills of this mountain. So she prayed to Goddess Ganga Devi (Ganges River) and requested her to flow in these hills forever.

It is an astonishing fact that scientific tests carried on the waters of this mountain stream prove that the water has the same characteristics of the water of the holy Ganges. 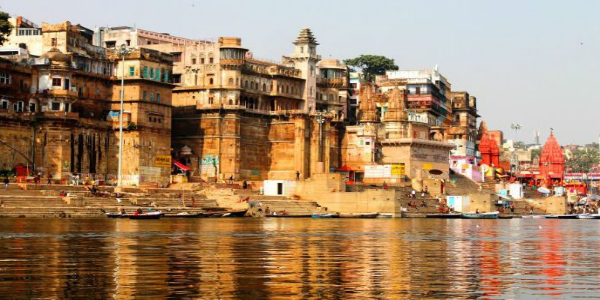 Once, the queen of Trivancore was suffering from an incurable disease called Rajapudai (ராஜபுடை நோய்). The royal physicians were unable to ease her pain. Even tantric magicians from all over were not able to find a cure. The King couldn’t bear to see the royal queen suffering. So he announced a prize for anyone who cures the queen.

Athiri. He was a true devotee of Ganga Devi. Goddess Ganga Devi wanted to help her devotee and also cure the queen’s disease. So she sent the carpenter to the Trivancore palace. The people at the palace didn’t believe that the poor carpenter was a physician and he was denied entry into the palace. So he decided to spend the night at the royal cow-shed. He prayed to Goddess Ganga Devi to help in curing the queen.

The Goddess appeared in the King’s dream and instructed him to fetch the man sleeping in the cow-shed to cure the queen’s disease. The king did just as instructed by Ganga Devi. The carpenter asked for a Bronze pot and used the pot to heal the queen. The king was overjoyed and he gifted gold and other treasures for the carpenter. The carpenter also asked for a Bronze pot, a trident and a vessel for holding holy ash.

Goddess Ganga Devi not only healed the queen but also made her disciple rich at the same time. The joyous carpenter constructed a temple for the Goddess at his village, Pottal Pudhur. The goddess is worshipped even today as Ganga Parameswari (கங்கா பரமேஸ்வரி). The gifts given by the King to the carpenter are worshipped at the temple. The temple of Gangai Amman is at Sandhai Pottal in Pottal Pudhur.

The annual festival of this temple is celebrated on Thai Amavasai (தை அமாவாசை) (New Moon Day that occurs in the Tamil Month of Thai). During this festival, the holy bathing of the idol is done only with the holy water of Athiri Gangai (அத்ரி கங்கை)flowing in the Athiri Hills. 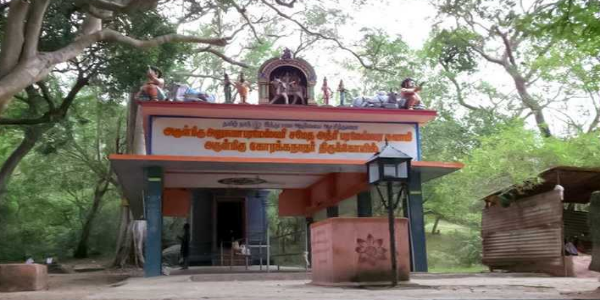 The Athiri Maharishi temple lies in the middle of a dense forest and the present day temple was built by the joint efforts of a retired bank officer and the villagers of several tiny hamlets lying in and around the foothills of Athiri.

The temple doesn’t have any of the features that you see on a regular temple. It looks just like a “Kudil” or a modest cottage of sages that has been transformed to a temple. You can very well imagine Sage Athiri and his wife Anusya Devi resting here in their abode. There is also an idol for Korakkar Sithar and it is believed that he performed his penance here. The shrines of Lord Vinayaga and Lord Murugan are placed in an open courtyard near the temple.

An idol for Ganga Devi was installed in the flowing waters of the stream by the worshippers of the sage Athiri. “Thai Ammavasai” (The New Moon Day in the Tamil month of Thai) is considered as the most auspicious day to worship the deities of this temple: Sage Athiri, Anusya Devi, Ganga Devi, Korakkanathar Sithar and Vana Durga.

It is believed that the tree under which Korakkar, the disciple of Athiri Maharishi meditated stands at a distance of 10-20 feet away from the hill even today. When one meditates under in this tree, one is instantly transported to a divine haven of peace and tranquility.

Auspicious Days of the Temple

The stream that flows here originated on the Full Moon Day of the Tamil month, Aavani (August 15 – September 15). It is a belief that one will be blessed with abundant wealth if one performs a pooja at this temple on the full moon day of the Avani month. Hence, there prevails a stiff competition among devotees to offer poojas on this day. Along with Chitra Pournami and Masi Shiva Rathri, Aavani Pournami is also considered auspicious.

Unexplained Mysteries of the Athiri Hills

Every year during the Tamil Month of Chithirai (April 15-May 15), a strange unexplained natural phenomena is observed here. During the hot summer month, there are showers of fragrant rosewater from the two Amirthavarthini trees (அமிர்தவர்த்தினி) in front of the Athiri Maharishi Temple. It is believed by religious scholars that 35 Sithars reside in the forests of the Athiri Hills in various forms and it is these Sithars who are responsible for the soothing rosewater showers. It is believed that the Sithars worship Lord Shiva by raining rosewater on his temple.

Research by the officials of the forest department, says that the reason for these showers are the tiny insects found on this tree. The insects suck rosewater from the barks of the trees and shower it as rain.

No one has ever found out the reason for this mysterious phenomenon to occur only on the same few days every year (The last five days of the Tamil month Panguni and the first five days of the Tamil month Chitirai). It also occurs only on two specific trees located to the east and west of the temple. It is truly baffling to try to explain how these tiny insects are able to shower huge amounts of rosewater.

The holy water from the stream Athiri Ganga never becomes stale when it is taken back home and left in one’s Pooja room even for years. However it has been noticed that if one touches the holy water with an impure hand, it at once turns stale and begins to breed maggots.

Going On A Day Trek To The Temple 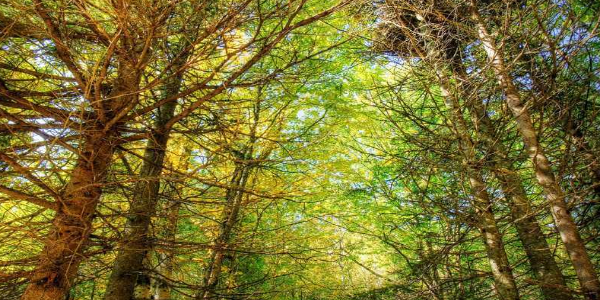 This temple is located in a reserved forest area that comes under the jurisdiction of the “Kalakad – Mundanthurai Tiger Sanctuary”. The trek begins at the foothills of the Hills from the Kadana Dam and culminates at the temple for Athiri Maharishi and Anusya Devi. It can be reached within two hours on foot. The trail is picturesque with the magnificent Western Ghats in the background.

The trek is not very steep and even beginners can handle it easily. Apart from few short stretches that are steep, the rest of the path is pretty straightforward. Halfway through the trek you have to cross the Athiri Ganga River. The water is so crystal clear that you can see the pebbles and fishes in the stream. A rope is tied to two trees on either bank. People can hold the rope to cross the river without difficulty. As you go deeper into the forest the foliage becomes denser and darker. You can spot huge number of butterflies and large red and black centipedes crawling on the ground.

Points to be Noted

Other Places of Interest Nearby

The Shiva Temple at the village of Sivasailam in the foothills of these mountains is also a popular pilgrimage centre. The Nandi Statue at this temple looks very realistic and life-like. This temple when plotted on a map lies in a straight line to the Athiri Maharishi Temple.

If you are coming from Tirunelveli, then you can reach Azhwarkuruchi through any bus to Tenkasi, via Cheranmahadevi. Once you reach Azhwarkuruchi you can hire an auto to take you to the Kadana River Dam, the starting point for your trek to Athiri Maharishi temple.

You must visit this ancient temple buried deep in the forest. Come relax and breathe in the pure air at Athiri Hills. You can also visit other famous temples and places that lie nearby in Tirunelveli District. 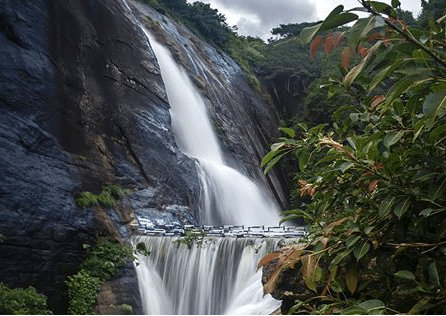 Nestled in the scenic Western Ghats, Kutralam (குற்றாலம்) is a popular tourist destination of South …